Senate Minority Leader Mitch McConnell (R-Ky.) told “The Hill” on Monday that Congress “ought to take a look at” changing the 14th Amendment, which gives the children of illegal immigrants a right to U.S. citizenship.

There is growing support within the GOP for the controversial idea, which has also recently been touted by Senate Minority Whip Jon Kyl (R-Ariz.) and Sen. Lindsey Graham (R-S.C.).

Senator McConnell said: “I think we ought to take a look at it — hold hearings, listen to the experts on it,” McConnell said. “I haven’t made a final decision about it, but that’s something that we clearly need to look at. Regardless of how you feel about the various aspects of immigration reform, I don’t think anybody thinks that’s something they’re comfortable with.”

Senate Minority Whip Jon Kyl (R-Ariz.) has said: “There is a constitutional provision in the 14th Amendment that has been interpreted to provide that, if you are born in the United States, you are a citizen no matter what. … And so the question is, if both parents are here illegally, should there be a reward for their illegal behavior?” Kyl went on to say: “We should hold some hearings and hear first from the constitutional experts to at least tell us what the state of the law on that proposition is.” Kyl’s Remarks were made on CBS’s “Face the Nation” last Sunday.
Sen. Lindsey Graham (R-S.C.) has said: “birthright citizenship is a mistake.” We should change our Constitution and say if you come illegally and you have a child, that child is automatically not a citizen.” Read the entire article here:("THE HILL")
If you are a regular reader of our rants, then you know we have been calling for an end to the practice of “Anchor Babies” for a good long while now.
Anchor babies are children born in the United States to illegal alien parents. “These children may instantly qualify for welfare and other state and local benefit programs. Additionally with the passage of the 1965 Immigration and Nationality Act, the child may sponsor other family members for entry into the United States when he or she reaches the age of twenty-one (See also Chain Migration). The sheer numbers are staggering. In Stockton, California (2003), 70 percent of the 2,300 babies, born in San Joaquin General Hospital’s maternity ward were anchor babies.” (From FAIR The Federation for American Immigration reform. You may read the entire article here: SOURCE)
Section one, of the 14th amendment, was written to ensure that former slaves would enjoy full citizenship in the US. But, it has been stretched to encompass the babies of those who have entered this country illegally. Once that baby is born, they have their “anchor” here and, at age 21 that now “grown” baby, can petition the government to bring his family into the US as well.
It is estimated that 300,000, or more, anchor babies are born each year in the United States. The US is now the only country, which allows this practice. Ireland did, for a while, but quickly changed the law when it became obvious that pregnant immigrants from Africa were flooding their country every year. The Anchor Babies instantly quality for a host of federal, state, and even local benefit programs. All of this happens as a result of the way the courts decided to interpret the 14th amendment to the US Constitution.
One must remember that at the time the 14th amendment was passed, the United States had no immigration policy at all. The amendment was added to our Constitution as part of the reforms (after the Civil War), which were intended to address injustices to African Americans. It states: "all persons born or naturalized in the United States and subject to the jurisdiction thereof are citizens of the United States." It was worded in that manner to stop any state government from denying citizenship to anyone born in the United States.
Look closely at the wording of the amendment. Notice the phrase "subject to the jurisdiction thereof.” The intention of that phrase was to exclude from automatic citizenship American-born persons whose allegiance to the United States was not complete.
It is the belief of many in the US, today, that illegal aliens (who are in the US unlawfully, remember) have little, if any, allegiance to the US. At the very least that allegiance is “incomplete. Therefore, it logically follows that any children born of them, within the US, are NOT automatically United States citizens.
Action by Congress is needed, and needed desperately, to make clear, once and for all, that the 14th Amendment did not intend for children of illegal aliens, born in the US, to automatically become citizens.
It is time to lean on our Congresspersons and Senators and let them know how you feel about "Anchor Babies." Let them know you want it stopped. Let them know you want the US borders sealed, and secured, and the illegal aliens already within the US deported – and -- you want the 14th Amendment changed to put a stop to Anchor Babies once and for all.
J. D. Longstreet
Posted by Longstreet at 12:42 AM

So many problems with your argument.
First congress cannot clarify the intent of an amendment. Only the supreme court can. So good luck with a bill working.


2) Your argument that individuals that do not hold full allegiance to the United States shouldn't have be citzens. Followed to that logical conclusion any person that flies the stars and bars, such as yourself should not be citizens.

The US circa 2010 is the successor state of the North circa 1861 (given the presence of the same constitution and many of the same amendments). Celebrating the largest threat to the US's continuance (the Confederate States of America)clearly is anti US circa 1861 and therefore US circa 2010.

So the first people to be denied citizenship are the fliers of the stars and bars.

This wasn't all that hard right? 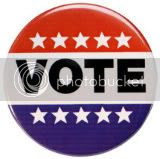 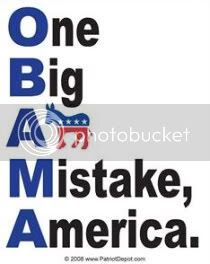