Much Of The World Still Hates Jews ... J. D. Longstreet 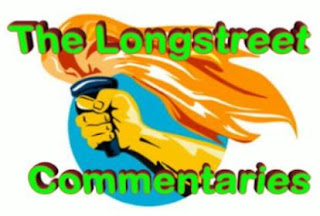 Much Of The World Still Hates Jews
Our Anti-Semitic World
By: J. D. Longstreet 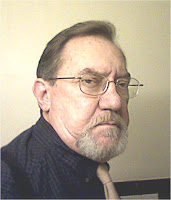 Today, the world's hatred of the Jews is just as vehement, just as rabid, as it was when Hitler was murdering six million of them in his gas chambers and concentration camps in Europe in the 1930's and 1940's.  Frankly, I am not sure that given a chance to do it again, much of the world would just stand by, again, and allow it to happen.  Millions would simply look the other way... then claim they were not aware it was happening. Sound familiar?  It does to my generation.

There is a sickness deep down in the rotten core of the human race that allows a hatred this deep. You want to see racism?  You want to see bigotry, you want to see black, mindless, wrathful hate, and pure stinking jealousy?  Then look into the souls of the people who will allow a country, Israel, to be pounded day after day by a people sworn to wipe them from the face of the earth, a people who will not even recognize the right of the Jews to exist, to live, to breath, and walk the same earth as they do. There you will see the blackness of hell.

Those who support the people who spend their days and nights searching for ways to kill, maim, and in any way possible, deny the basic right of life to a whole people (because they are Jews) are, themselves, assuredly assigned to the deepest, hottest, level of Hell itself.

Someone must stand up and call them what they are... angels of perdition, angels of death.

Israel, the ancestral homeland of the Jews, has been a country since the late 1940's.  Within twenty-four hours of the United Nations proclaiming them a state, they were attacked, from all quarters, by the Arabs.

That tiny, little, infant of a country managed to whip every last one of the Arab countries coming against them.

Every day since 1948 Israel has had to fight to  exist. From kidnappings to wholesale slaughter of the Israelis -- the world has watched and pretended not to see. That is sick, people!

To really seal the diagnosis of pathological Jew hatred, the nations of the world, by and large, point accusing fingers at Israel when she attempts to defend herself.  It never fails.

The international representatives to the United Nations stumble over each other in a rush to condemn Israel for going after the people who have been sending rockets into Israeli territory killing Israelis.  The International Media brought us stories of  dead (so-called) Palestinian children and old men and women.  Where was the same international press to tell us the stories of the dead Israelis from the rocket blasts and the suicide bombers and the kidnapers sent into Israel by those who fund the perpetrators of their godless evil?  All you ever need to know about the international media can be learned by picking up a newspaper today, or watching a TV newscast today.  They are shouting their bigotry from the rooftops of the world!

This world-wide hatred of the Jews is a sickness.  It pollutes the souls of mankind. It pollutes everything we human beings touch. It must be, it HAS to be,  a foul stench in the nostrils of God.

Those of us who profess the Christian faith pray to Christ and say we believe that Christ is the Son of God.  People, I have news for you!  Jesus was a JEW!  Talk about hypocrisy! 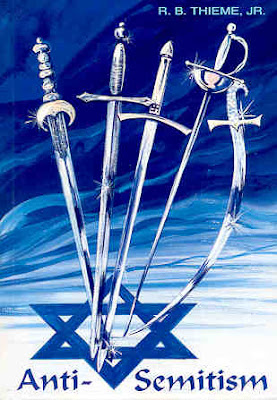 Why DOES the world hate the Jews?  Why?  Maybe it is because, as some have said, the Land of Israel is a constant reminder of God to a world which has largely rejected the very existence of God.  And yet... there is little Israel, standing in the face of six or seven countries all vowing to wipe them from the face of the earth.  Yet, they stand... and continue to stand... no matter what is thrown at them.

I can give you the answer I learned in Sunday School -- and at my father's knee as a child.  That answer is that God made Israel a promise.  He gave them that land as their own forever.

By the way, the land given Israel, by God, today includes the countries of: Jordan, Syria, Lebanon, the land called today "The Palestinian Territory," as well as the land we know today as the state of Israel ... and MORE.

Now, I am not a very good Christian.  In fact, I expect I'd make a pretty good Pharisee.  But, I believe that God does not make promises He does not plan to keep... and once made... it is for darned sure God does not break His promises. Otherwise, my entire faith is a fallacy and as the apostle said I, amongst all men, are the most to be pitied.

My American family hails from the northern parts of western Europe. A geographical area that  used to be, and by all appearances today, remains a hotbed of antisemitism. My ancestral home embarrasses me.

Europeans are quick to boast of their belief in Human Rights.  It would certainly seem they mean Human Rights for everyone but the Jews of Israel. My fellow Americans who support those who call for the demise of Israel embarrass me as well.

I believe we are quickly approaching the time, in the cosmic scheme of things, when the sheep will be divided from the goats. The nations of the world are going to be called upon, soon, to decide, as nations, with whom they stand, Israel... or those who call for her death. Those nations blind enough, and hate-filled enough, to choose to stand with Israel's oppressors ... are doomed. I cannot put it any more succinctly than that.  God himself has said "I will bless those who bless you (Israel), and I will curse those who curse you." An accounting IS coming.  It cannot be escaped.

The world is awash in antisemitism. If you have any doubt about that, be sure to pick up your newspaper tomorrow morning and scan its pages for the inevitable stories of the way the terrible Israelis are slaughtering the "Palestinians."

The hate spewing media cannot help themselves. They have made their commitment to go against God and there will be a price extracted.  Watch as some of the most powerful and influential news organizations on the face of the planet are going out of business and, in the process, suffering a  very public, humiliating, long drawn-out death. They have chosen their path and they are now powerless to do anything about it.

In the meantime, we will continue to pray for Israel's success in the on-going war against the forces of evil. Israel WILL be victorious.  Of that, I have no doubt.